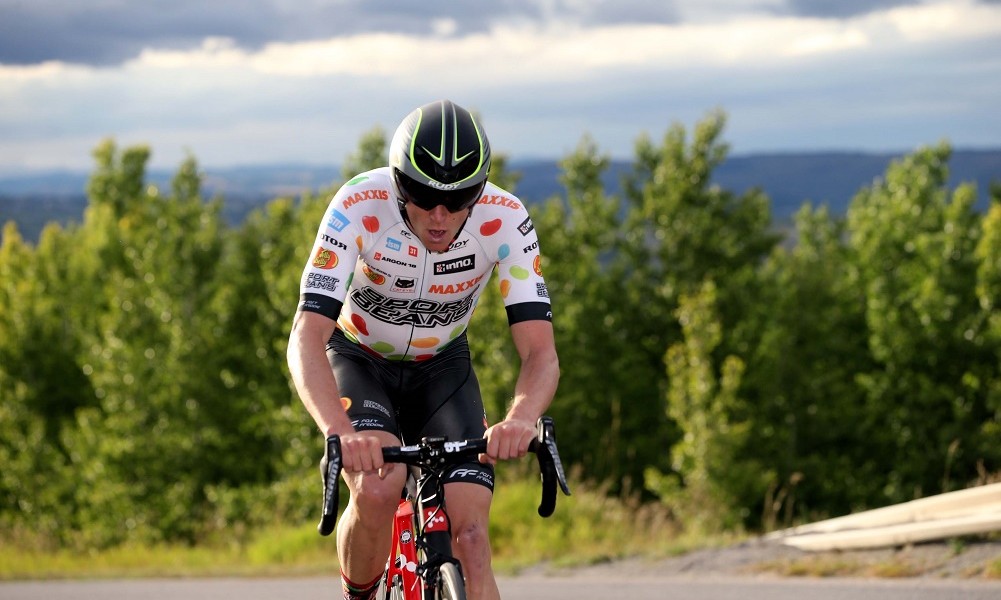 A Pro’s Reaction to the Route

When I received the press release of the route, my initial reaction was a two-fold: “WOW!” and “FINALLY!”. The former response was sparked because the route is incredibly diverse and challenging, while the latter because the race will finally venture into the mountains! As someone who is extremely proud to call Alberta home I have always wanted to showcase the entirety of our province to my teammates and competitors and this route does that in the most profound way possible. Included in my breakdown of the stages, I will venture a guess (with only a slight bias…) at a stage winner based on teams who have attended the first two editions of the Tour of Alberta presented by ATB Financial.  I have no clue which teams will be attending (other than the five previously announced teams), so don’t place any money on these bets quite yet!

Let’s start at the beginning with the Team Time Trial (TTT) in the City of Grande Prairie. This event is gaining traction around the world and has been a staple in the World Championships for several years. In fact, this will be the last professional race to host a TTT prior to the World Championships, which will be hosted in Virginia, USA this September. As real G.C. time is up for grabs in this stage, any contender for the overall crown will need to come with some good helpers dedicated to the cause. In fact, as I review the route in its entirety it has become obvious that anyone looking to win the Tour of Alberta presented by ATB Financial will need a good squad to not only help them in the TTT but in positioning for hill top finishes, getting safely through the gravel and dirt sections, as well as surviving the inevitable cross wind sections. The bottom line is, to be successful any team will have to have a lot of depth and as a result I am expecting the most competitive field in the race’s history. The Orica GreenEdge squad continues to prove themselves in the TTT (See: Giro Win) and I will give my nod to them to win the stage and assume the race lead. Depending on where certain riders are (in holding camps or racing for preparation) this could vary but I would also look to a surprise ride from some of the division 3 teams.

Moving to the second stage, which will also take place in the County of Grand Prairie, I reckon this will be one for the sprinters. However, before the race finds the finish line there is an important matter of establishing the leaders in the intermediate competitions. As this is the first chance for Subway Sprint and Go Auto KOM points to be awarded, it will be a hotly contested battle to be represented in the day’s breakaway. For a developing rider looking to garner some attention (Becoming A Pro), this is the best day to do it. I expect a breakaway of 4-6 riders will escape the pack and challenge each and every intermediate sprint. It is clever of the organization to put this stage as a sprint, as there will be action all day and will culminate in a very interesting final. Of note for Stage 2 is the presence of a small 1.5 km climb in the final circuit. Riders will go up this 3 times with the last ascent occurring in the final 10km. It is a stage where the timeless adage of GC racing is applied: “the Tour of Alberta will not be won on this stage but it could be lost.” This type of day would be suited to the US SmartStop Team (should they attend again) and I predict with a resurgence in from, Zach Bell will take this day.

Heading through the scenic gateway to the Rockies from Grande Cache and the Municipal District of Greenview, the third and fourth stages enter beautiful Jasper National Park, featuring Miette Hot Springs, the Town of Jasper, and Marmot Basin ski area. As an avid explorer of the outdoors I am beyond thrilled to have the race come through Jasper and expose one of the most beautiful places in the world. Jasper National Park hosts the world’s second largest Dark Sky Reserve; so, if you have ever had dreams of seeing the Aurora Borealis, this is the place to do it. It also means the riders will get some high quality shut eye, which they will need after tackling two back-to-back mountain top finishes including topping out at Marmot Basin ski area. While the inaugural edition of the Tour of Alberta was meant to feature a trip through the Rockies and a Canmore finish, it was not to be due to serious flooding that rocked the province. So, as we have stated before, this is the first time the riders will race through the mountains and the first of the 2015 edition where the gloves are coming off! I would expect Canadian mountain goats Mike Woods, Rob Britton, and up and coming Adam DeVos to feature prominently in these two stages.

After a couple days of hard fighting for the G.C., the opportunist riders will be ready to take a stab on the penultimate stage 5. This is the longest stage of the tour and ventures off road for a few sections of dirt and gravel along the route. While the race trends typically toward the east, which is aligned with prevailing winds of the summer, there is no guarantee of what weather will actually pan out. Combining an uncertainty in wind direction with a few zigs ‘n’ zags in the profile after leaving Edson, there is a very probable chance of crosswind splitting on this day, especially on the final run into Spruce Grove. If the break is given enough leash and the winds are favourable I would expect a group of 5-10 to stay to the line. Breakaway or not, I am tipping Ryan Andersonfor the win here. This is where he grew up and that added incentive will see have him ripping people’s legs apart on this stage.

The final day in the province’s capital is the only stage this Northern route will see replicated from 2014. Spectators will flood the streets in this urban circuit that features technical cornering and a combination of short steep climbs and long draggers. This exact stage was the pivotal moment in the 2014 rendition where time bonuses leap frogged Daryl Impey of Orica GreenEdge on the top step of the box for the final podium. While I don’t expect time bonuses to decide the race in such a dramatic fashion this year this stage does have the potential to make some final G.C. edits. With its technical nature and some drawn out fast sections of road, a team could potentially split the field and chasing a motivated group will be a tall order. It will be a hard man with some kick that takes this stage as it’s not suited to the climbers, but more to those who ride great position and can really suffer on the wheels. Look for a win from Will Routley out of a select group on this stage. He is no stranger to nabbing stage wins at the main stage events and has quite a snappy kick from a small group.

The third edition of the Tour of Alberta presented by ATB Financial is hands down the most dynamic and (on paper) difficult race. Like any bike race though, conditions and how it is raced will reign supreme. With the event coming after some very demanding, high altitude races in the US and being utilized to accelerate riders fitness before the Pro Tour races in Quebec or the World Championships in Virginia, I expect the caliber of riders to be extremely high. The distances are longer, the elevation gain is almost doubled, and the prestige of the race continues to grow. Every stage counts in deciding this year’s champion so make sure to set the alarms, tune in on TV, drive to the races, and get the air horn out because this race just got a whole lot more exciting! Is it September yet? I can’t wait to watch the battle for Alberta unfold.