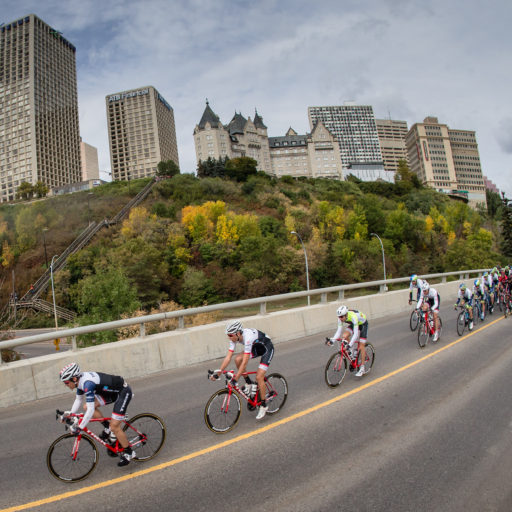 Race organizers for the ATB Tour of Alberta announced a roster of 12 teams for the September 1 – 4, 2017 event, headlined by America’s Cannondale-Drapac Pro Cycling Team, the squad of Rigoberto Uran, the second-place finisher at this year’s Tour de France.

“Last year’s Tour of Alberta was a milestone in my career and I have fond memories up there,” said Carpenter. “The people, the scenery are pretty magnificent, so, I’m looking to come back to Alberta and defend my title. It’s always a bit nerve-racking when you come back to defend a title. But, I’m going for the neon gold.”

The leader’s jersey won by Carpenter and sponsored by new title sponsor ATB Financial will be heavily contested by a field by some of the world’s top cyclists.

“With one of the top teams from this year’s Tour de France in Cannondale-Drapac, our defending champion returning, and Canada’s top teams, it is shaping up to be a great field,” said Fisher. “The ATB Tour of Alberta has always been a preview to rising stars of the sport.”

The race has played host to cyclists that have gone on to do big things on the world circuit, including Peter Sagan, the current world champion and Tom Dumoulin, who won the 2017 Tour of Italy, and 2015 race champion Bauke Mollema, who won a stage of this year’s Tour de France.