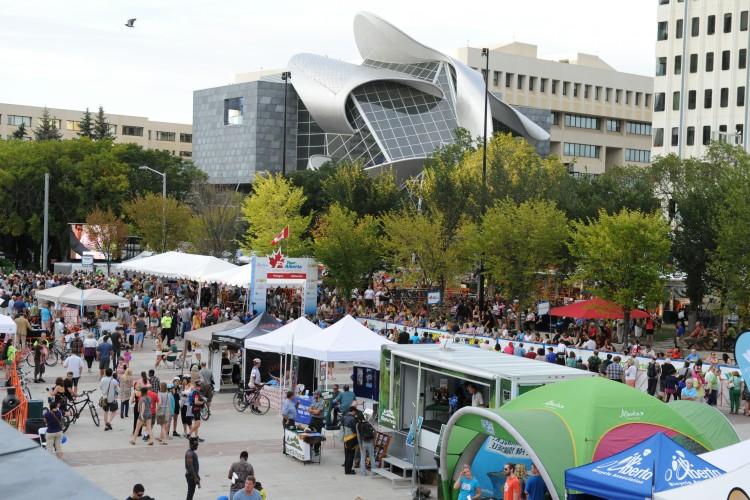 Specialists on a Team

While cycling appears to be an individual sport as it is a single rider who crosses the line first, the reality is that each member of a team has a pivotal part to play in any individual successes; without a team effort the end result is rarely possible. Each contribution comes at different times in the race and in different forms due to varying rider abilities and specialties. This edition of Pro Tips will elaborate on what those specialties are and how those strengths are utilized to get the best team result.

One of the few comparisons that one could draw between cycling and football would be that the team is comprised of dramatically (at least compared to one another and not the general population) different body types. In football you have linemen who often tip the scales at well over double a wide receivers weight. In cycling this dichotomy exists between climbers and sprinters. Firstly climbers: A climber excels when a more sustained effort is needed and particularly when the road tilts up. Climbers can still be differing shapes and utilize different techniques to get up a hill quickly but whichever way you slice there is one magic ratio for grimpeurs and that is power to weight. Measured in Watts (power) to Kg (weight), as the gradient of the hill increases this number becomes more critical. Lighter climbers tend to stand more while the larger climbers will stay seated and make use of their, physiologically speaking, big levers. When Ryder Hesjedal won the Giro a few years ago it was great watching him climb against punchier and lighter climbers because it really illustrated that there are many ways to approach a climb and finding what works best for your personal physiology makes a big difference. While physiology does make a massive difference, training to be a good climber is more effective than training to be a good sprinter as often a sprinter has a natural fast twitch muscle system and an innate pull to a finish line.

To elaborate, a sprinter must have much more than a quick burst of speed. Often people tell me they are good sprinters and will then continue to boast about how many watts they can hold for 10 or 30 seconds. While that is important, it is far from what makes a great sprinter. I had a couple awesome sprinters for teammates (Ken Hanson and Brad Huff – both will likely be at TOA) who told me actual sprinting was the smallest part of their training. They focused mainly on aerobic capacity in order to be fresh enough and in the right position to do what they do naturally: to sprint. It doesn’t matter how fast you are if you aren’t at the front at the finish. To that extent a sprinter has to be able to ride hard through the finale of a race, which can be anywhere from 5 – 20 minutes of high power output. So it isn’t a big surprise when you see sprinters winning prologues or contributing well to team time trial efforts.

Fortunately, there are other riders on the team to help these specialists arrive at the critical junctures of a race with everything they need and in the correct position. These helper rides are called domestiques, which in French can be translated to mean servant or what is more implied, assistant. The responsibilities of these riders range from positioning the team, getting food and drink from a support car, chasing back a breakaway, or even stopping with a team leader for a “nature break” and helping pace them back to the main bunch. It is truly a behind the scenes job nearly invisible to the outside observer. Some racers find great satisfaction in this role, however, with limited opportunity for personal results it can be difficult to attain contracts with new teams. That said, a domestique’s current team certainly understands and value their work (especially if the team leaders appreciate them) so often contract renewal is not big problem. A top Canadian domestique would be someone like Christain Meier. He has been pivotal in Simon Gerrans biggest victories, including some of the biggest classics in cycling. When the team leader is delivering and appreciates your work life of a helper is A-OK.

While this is not an exhaustive list of specialists within a team, as there are much more specialized roles (such as individual time trialist, breakaway, and lead out riders), it covers the three major roles. Teams are usually comprised of multiple specialists to support one another over varied terrain. The next portion of this piece will focus on how these different roles come together to accomplish a team goal and set up the one rider who will cross the line first.

A lead out is the most visible sign of teamwork. This is what happens near the end of the race or prior to a critical section of road. It is a point where all the team members ride very close together to help one another position. Being at the front, or “pointy end”, of the race is key in these sections for several reasons. Firstly, if it is the beginning of a climb the riders at the front will begin the climb by as much as one minute simply because of the length of the group. If you begin a climb at the back then to stay in the race you possibly may need to ride the same section of road one minute faster than the leaders. If the leaders are going as fast as they can then you need to be significantly stronger than that effort to keep up, which is a tall order indeed. The same would go for a sprint – if you are at the back you would need to sprint at 80km/hr with no other riders impeding your path… which is a close a thing to impossible as licking your own elbow. A second application is for entering a section with many corners. At the front you may only need to minimally hit the brakes. However, as the back half of the group enters the same corner the congestion and limited sight lines cause more and more braking to the point where you may have to come to a near stop for some corners. By being at the front a team can save immense amount of energy, especially when compounded over an entire stage, or multi day race. A third application of a team lead out would be in sections like the Tour of Alberta ‘Pave’. These sections can get dusty and mechanicals (flat tires) and crashes are more likely. It is very favorable to be at the front to avoid any of these mishaps and to reduce the stress or nervousness that comes from being in the middle or back of the group.

In summary, there are three main roles on a team. Typically there are multiple specialists that will serve to support one main rider. In the sprints the second last helper is the main “lead out” rider and is likely a very strong sprinter in his or her right. Similarly, on a climb the support riders that will help up and over any major climbs will have to be great climbers themselves. Who the leader is for that day is often based off of periodized training, previous race success (including previous stages within a race), or seniority. The one exception to this entire piece is the Team Time Trial. This is the one event in road cycling where each member is given equal credit for a win. I think, in a large part, that is why this event is gaining such traction. The riders love it because it is an event where everyone is equally burying themselves for one another and finishing the event involves a huge amount of cohesion. The team that suffers together, wins together, and stays together.

So next time you tune into the Tour de France pay attention to the position of teams and watch how they ride as a unit. The Tour of Alberta presented by ATB Financial will indeed be won by an individual but not without the help of a team full of specialists. The Team Time Trial will set the bar and the action will continually rise until the biggest fireworks are shot and the champagne is popped in Edmonton. 1.5 months to go!